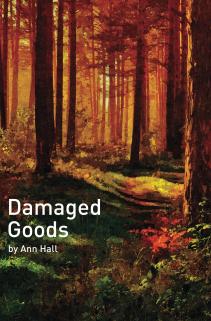 When his father dies, Joe Bradford has one desire: head home for the funeral and depart without revisiting the past. But his plans are foiled, first by the smoldering ruins of an old gatehouse and then by his sister Mary, who is determined to unearth a secret long buried.

Avoiding Mary becomes harder and harder as the past becomes entwined with the present, bringing with it the only person who ever gave him hope for a better life. Before long, Joe has no choice but to give in, leading to a confrontation that could hold the key to Mary’s happiness and his own redemption.

From the roof of the converted wharf I called home, I could just see Spectacle Island, rising out of Boston Harbor. Some paid millions for that view, but it never satisfied me. What I really wanted to see was Nix’s Mate, a bare hunk of stone struggling to keep its crown above water. A lonely rock, unvisited, only ever a navigational hazard.

The night Mary called, I wanted to be up there searching the horizon. But I heard rain whipping against the living room windows and knew there was nothing to see in the post-midnight murk. Besides, I was transfixed by the honey glow my Scotch cast across the ceiling, like some sinister amber ocean ready to wash over me, if I let it.

I waited for the phone to ring, nursing my drink in the darkness. Just before dawn, the call came—and with it, my sister’s clipped voice.

“Ah.” I had been planning the words I would say, the clichés one sibling might say to another when a parent passes away. But she didn’t give me the chance to talk, no opportunity to feign surprise or sorrow.

“I’ll arrange the funeral for Friday. Your room will be ready tomorrow.” I saw her in my mind’s eye running down a checklist with a well-sharpened pencil. “All right, Joseph?”

I hung up and threw the phone to the other end of the couch. Leaning back against the cushions, I tried to think of Nix’s Mate, out there getting pelted by rain. Instead, images of home, of the past, flickered through my mind before I had a chance to stop them. A little boy standing on the edge of a manicured lawn. A woman’s broad back by the sink, her braid swaying as she washed dishes. A girl disappearing into the twilight woods. With another sip of Scotch, I pushed the memories aside and jumped up, my legs taking me on a circuit of the room.

Father’s death was not unexpected. He’d been in and out of a coma for a year, which seemed like plenty of time to prepare myself for the inevitable. What surprised me was the pity that welled up, an emotion I’d never allowed while he was alive. I suddenly pitied the life he had led, the choices he had made. But I wouldn’t give in to it, not with thirty years of anger built up inside me, so I took the drink upstairs to the roof deck, where the warm and salty air carried the sound of waves slapping against wharf pilings. The coming dawn lightened the sky to a watery gray, and I watched the rain blow in sheets across the harbor before heavy drops drenched me. Boston loomed above me, the towers of the Financial District flecked with light from offices whose occupants scanned the trading of foreign markets.

Despite the poor visibility, I studied the horizon—where is that fucking rock? I imagined I was standing on the very top of it, with the tide rising and nowhere to escape to. I wanted to scream and smash the flowerpots that Paula, my latest ex, had dotted about the asphalt and wood planks of the roof, but instead settled for downing the last of my drink and hurling the lead crystal as far as I could into the harbor. It hardly made a splash compared to the swells the wind had kicked up, and I stood watching the morning’s growing glow until I finally became aware that I was soaked through and shivering. Defeated, I stumbled downstairs, peeled off my clothes, and fell into bed. The cotton sheets soaked up the rain as I drifted into unsettling dreams.